How can websites tell humans and robots apart? 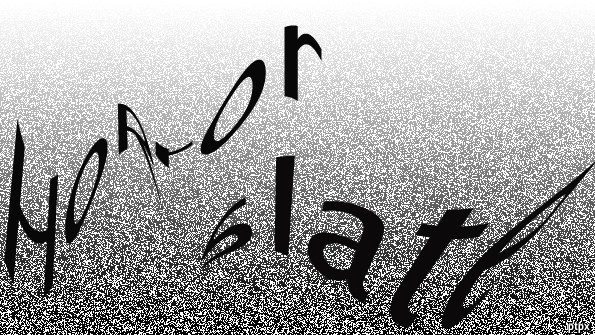 SIGN up for a new e-mail account, buy a concert ticket or leave a comment on a website and you will often be confronted with an image of skewed and swirled letters and numbers to be transcribed before you are allowed to proceed. “Completely Automated Public Turing-tests to tell Computers and Humans Apart”, or CAPTCHAs, are used by websites to determine whether the user is a real person or a robot. Recently boffins at Vicarious, a tech firm, posted a video of its artificial-intelligence software outwitting popular sites’ CAPTCHAs, but so far the company has provided no rigorous proof of its system’s capabilities. Commercial and academic researchers frequently release papers describing how they broke one CAPTCHA type or other, but programmers react by making the distortions even more fiendish and unreadable. How does a CAPTCHA decide who is a human and who is a robot?

CAPTCHAs are used by websites to prevent abuse by spammers and scammers, who use automated tools to scrape data, make mass purchases of limited-availability items or push advertising messages. The term was coined by Luis von Ahn, then a 22-year-old student, and colleagues in 2000. The approach relies on the gap between computers’ and humans’ visual processing. Computer vision attempts to identify details in still or moving images, which it can then analyse. It can be as simple as optical character recognition (OCR), in which software converts scanned documents into editable text files, or as sophisticated as robotic systems that can identify objects by sight and act accordingly. But although computer vision has steadily progressed in sophistication over the past few decades, distorting text by skewing, rotating or squishing it together and adding extraneous details is still enough to baffle even the latest software.

The trouble is that such mangled text also pushes the limits of a human’s ability. Software designers have to strike a fine and continually adjusted balance between deterring unwanted visitors and allowing entry to legitimate users. Each advance in computer vision, whether made by academics or in criminal netherworlds, pushes the line further towards illegibility. In October Google, which a few years back purchased Dr von Ahn’s ReCAPTCHA system (which turns humans into OCR engines to transcribe words in old newspaper articles and books), said it would use a variety of behavioural cues by visitors to determine whether to pop up a fiendish text or a simpler numbers-only puzzle.

In practice, CAPTCHAs can be easily solved en masse by those willing to throw a few cents at low-paid workers in poor countries—no robots are needed, unless one looks to the original meaning of the word “robot“. And as CAPTCHAs start to yield to computer-based recognition, text will be replaced by photographs or illustrations in which the user must identify parts of a scene. But there is a certain academic glee among even those who deploy CAPTCHAs about computers’ evolving ability to beat the system. As Dr von Ahn et al noted in their seminal 2003 paper on the topic, any sufficiently advanced artificial-intelligence program that could consistently solve CAPTCHAs would represent a significant and useful advance in the field of study. Turing would probably have approved, too.